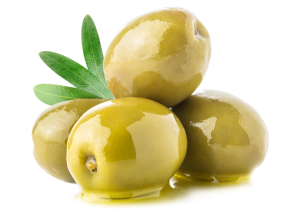 That moment when you’re in a restaurant, one where the decor is repurposed and the second story window looks out to nothing really, the ocean being the other direction; that place where kale is on the menu–Brussels and pork belly too–because they go well with antiqued bannisters, and the menus are paper throwaways and the charcuterie plate features pickled shoshitos. That moment when you talk a lot about your kids even though you’re on a date, and when you try not to–though not diligently–because your kid kicked a goal in soccer yesterday (on his birthday even!) and had his best birthday party ever even though it was at a bowling alley in a not so favorite part of town. That moment when you’re remarking a Castelvetrano olive and noting it most certainly had to have been marinated in orange juice and fennel seed–you say so even–before realizing you’ve probably broken some social code, that you’re probably a jerk for knowing what a Castelvetrano olive is in the first place, show-off; that moment when it doesn’t matter because in sharing bites off each other’s plates, your song suddenly comes on–that song, the one you fell in love to–plays over the restaurant speakers. It could be salmon belly or burger on your fork, but it’s a nice moment when the tines pause midways to your mouth and your mouth just smiles instead.

I’ll be fine. I just need to make it through the morning,  by which I mean the whole of the ante meridiem, lunchtime too, and probably that post-gustatory time spent swimming in a glycemic haze. Then the day will be agreeable so long as it as it promises the comfortable future of a more twilit hour, when light fades and the succor of night-blooming flowers properly signals day’s end.
That’s when I’ll park the car solidly in the driveway, somewhere come 6 o’clock, and I’ll remark the jasmine that’s forced it’s way over the garage eaves. With the ignition switched off, and head-beams extinguished, I’ll once again collect the clumsy assortment of bags from the front seat to finally just be home.
My wife–she’ll be inside. There’ll be beer in the fridge.
Tonight the overgrown jasmine aside the house seems to threaten the Bird-of-Paradise. If, in the language of flowers, menace exists, here then is this tumult of white blossoms spilling into a bladed nest of orange and purple blooms. The jasmine grows in tendrils, the birds in sharpened exclamation points. Beneath the soil, their roots are certainly drawing up agreements. Roots speak to one another in a particularly subterranean manner, an ongoing conference delivered in sub-sonic intones. It’s something of science: one root upsets a crumb of soil and the other root hears it. They decide to either grow together or grow apart and the underground becomes something of gnarly and ganglionic complication. Above the earth, of course, there are simply flowers. Also the fair disguise of perfume.
I set my bags down in the kitchen. The nook is glowing brighter than usual by virtue of a mismatched light bulb. I think to the morning, which was invariably unkind. It involved waking up.
Awakening is always a questionable proposition, and often feels the unfavorable choice. On my anxious days, I fall upwards and out of sleep, the adrenal surge something electric—like the existential equivalent of touching a bare wire while standing ankle-deep in water. 5 a.m.: I’m on the ceiling and there are pangs of panic. Sometimes the panic is sourceless, only condensing into anything specific when my head begins its usual litany of cockcrow questions. The questions can be categorized tidily beneath one of two headings: ‘What did I do wrong yesterday?’ else, ‘How will I fuck up today?’

The adrenal response is a doozy, epinephrine filling the neural floodplains and testing the dams. How is it that people want this rush, the uncontrollable surge that pulses the body and unpins the pupils? Some people jump out of airplanes for fun. I simply hit the snooze button. Falling, it seems, is something relative, and recreation a matter of semantics.
To wit: the last time I jumped from an airplane was never but the last time I felt as such requires me having checked my watch.
I’m on a bridge today, and traffic is stalled. Exactly thirty-seven cars travel eastbound on a spectacularly lit underpass. I am counting for no reason—I just count—and the cars pass, the sun miniaturized perfectly in thirty-seven exact refractions of light.