Cayden suggests an experiment.
“Let’s erase copper from the pennies!” (It’s something he saw on Bill Nye). Not one to disparage curiosity, I agree to his recipe.
“We need a jar.”
“Ok.”
“250 millimeters of vinegar. That one you have.”
“I have all sorts of vinegar, friend. White, probably. Also you mean milliliters.”
“Yeah–millimeters.”
“Milliliters.”
“That’s what I said: millimeters!”
I just shrug and pour into the Pyrex: 250 mL.
“What next?”
“Baking soda.”
“Baking soda?”
“Baking soda.”
“Ya’ wanna get me a lid, dude? How much?”
“A tablespoon.”
“Are you sure?”
“YES!”
“You’re making a volcano–you know that, right?”
He drops in two pennies, I drop in the baking soda and screw on the lid as fast as I can. Cayde bangs his head on the cabinet door jumping back.
“You ok?” and Cayde is laughing, the science experiment puddling the floor, also all in his hair.
“Yeah.” I’m glad he’s laughing. “I’m gonna go take a bath, Daddy,” he says.
Toweling off in his bedroom, I hear Cayde all of a sudden say, “Hey!”
“What, Cayde?”
“Salt! I meant salt, Daddy–not baking soda.”
The pennies are still very coppery in the jar in the sink. Science and all. 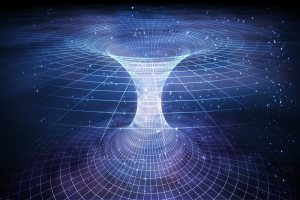 We’re descending Pershing where spring is early. The sour grass and ice plant have bloomed courtesy of the rain, and the resulting palette is fuschia, yellow-green. It’s my favorite and clashingly neon combination. The aloe should sprout soon, too, adding vermillion to the mix.

We’ve established that Daddy likes the song on the radio—not because Daddy has said so —but because Cayden has employed a particular logic in determining this.

Cayde smiles, self-satisfied, and talks fast as he always does when rushing to a point.

“I know because you said you like every song by Interpol and this is Interpol so I know you like this song.”

He smiles and looks left out the backseat window.

The transitive property: ‘If a=b and b=c, then a=c.” Logic, as we pass plants where bright flowers spring from otherwise grey under-leaves.

The military hospital is in view to the right and across the canyon. A few weeks back, when returning home from the a.m. school drop-off, I was vigorously waved up Pershing by a battery of white-gloved police officers. The news was reporting a live shooter in the hospital basement. Traffic was stopped in the canyon by black and white cars and red flashing lights. The otherwise ascending traffic, the line of cars headed up Pershing, was hurried up the hill—go go go.

“Thanks for taking me to school early,” Cayde says. He has plans to meet his friend before the bell because, as Cayde announces, “We’re writing a book.”

“We want to publish it when we’re done.”

The view of the hospital recedes. Turns out, there was no shooter in the basement. Later that day, after the police cars dispersed, the only shooters were the guys with tripods and telephoto lenses set up on Pershing’s west edge, innocuously shooting the hospital for news that didn’t exactly happen.

“I think you told me, Cayde, but what’s your book called? ‘The Theory of Gravity’, right?’

We’re at the stoplight, at the bottom of Pershing and waiting for green. Cars are turning left into the canyon and toward the hospital. I’m thinking of last night’s Florida primaries, which were disappointing. The canyon’s name, incidentally, is Florida: simple Spanish for ‘flowered’. Cars turn toward the brick hospital where the basement was found empty of spent shells, but where there was still resonant fear. The transitive property, kinduv.

At the stoplight, and by the still-dormant aloe, is a guy with a hand-lettered sign saying, ‘Anything can help.’

“Yeah, but I think we might change the name,” Cayde says. “Maybe just ‘Gravity.’

“Well ‘theory’ just means you’re only thinking of something, that you don’t know something.”

We’re driving through the green, and I have to swerve the car slightly because there’s a CalTrans truck with lights blinking, a group of orange-vested workers jumping off its trailer and tossing hazard cones into the street.

“We’re writing about why the earth has more gravity than the moon.”

“That’s cool. I like the ‘Theory of Gravity,’ though. It’s a good authorial title, “ and I say ‘authorial’ Alistair Cooke-like, amusing myself, knowing Cayden doesn’t know how I’m being funny. I click the blinker to turn left, signaling a drive up the B St. incline.

“Well, ‘theory’ is like ‘hypothesis’ and I’m positive there’s more gravity on earth than the moon,” Cayde insists.

Cayde’s assured of something. I try and explain the scientific method to him while driving up B St., past the reconstructed houses in this fast-gentrifying neighborhood. The windows on the delipadated Victorians have recently been un-shuttered, and suddenly there are ‘For rent’ signs.

“Well, a theory’s means more than a hypothesis. You start out with a hypothesis, and then you do your experiments, and it becomes theory. You know—the theory of gravity, evolution. Theory’s something just short of fact.”

Changing gears on the uphill, I ask: “So why’s there more gravity on earth?”

We’re halfway up B, and in some strange loop, the CalTrans truck reappears from a cross street, still cordoning off lanes with signs and cones.

In the rear-view, Cayde’s hair is in his eyes. “Well, because the moon has no atmosphere.”

“What’s that got to do with anything?” I test him. If this is going to be a published work, there needs to be peer review.

Finn speaks up for the first time, otherwise having been pretzeled in the back-seat, feet by his ears.

“Because there’s no oxygen on the moon, Daddy,” Cayde says matter-of-factly.

There’s a liquor store on the corner of 22nd and we’re pulling to a stop at the top of the hill.

Cayde frowns. “Oh, yeah.” He mumbles, “Physics. Inertia. Momentum.” He counts on his fingers. He’s too smart; I worry.

There is the coefficient K and we’re at the top of the hill.

(When Cayde was three, we sat in a splintery jungle gym in the backyard, and the sun hadn’t set. There was a chalky white moon, halved, on the horizon above the yucca tree. It was the Children’s Moon, the premature moon, which kids can see before the sunset.

What does physics have to do with anything, or with the new ‘Rent’ sign in the window.

I see a jet way high, too high. I get nervous seeing the contrails, a vessel above the clouds. The higher the plane, and the smaller the plane, the more anxious I become.

I kiss Cayden when dropping him off.

Driving home, and past the hospital, there are no white-gloved officers. It’s nice being on land, but the news is still and always bad. I bypass Florida, the sourgrass and the iceplant, the news on the radio less than the flowers.

“You remember that Einstein was righter than Newton?”

According to the theory of gravity, mass displaces everything, like a round object dimpling a swath of fabric. Gravity isn’t a pull, not a push, but a weight.

It’s unbelievable: on the way home, I have to re-arrange my route. The CalTrans guys are still grinning and tossing cones onto the street, spring-heeled and leaping from the flatbed. I have to go down 16th instead of the big hill, turning past the chain-links where there are no cones, just a simple downhill coast, where I turn at the bottom, not having to stop once.

Cayde wandered into the bedroom this morning, rubbing his eyes. He asked Jenn: “Where’s Daddy?”
“At work already, Baby,” she said. Cayde burst into tears.
“Why didn’t he say good-bye to me? He ALWAYS says good-bye to me.”
I do. I always climb into bed with him for at least one minute to connect in the morning, to make the day right before it becomes un-right. Days tend to un-right, the nature of things.
I’d put the kids to bed the night prior, all of us in the lower bunk,and Cayde fell asleep with his face pressed firmly to the wall. Found him in the same position this morning, still sleeping. I kissed him on the head while I juggled my coffee, the morning acrobatic of either needing coffee, or just needlessly caffeinating myself. He stirred a second.
“Cayde,” I said over the phone a few hours later, “You know I did say good-bye. You were just asleep.”
“Ok, Daddy.” He wasn’t convinced.
When I get home, he’s playing with a football outside. The next door dog is puking on the lawn, and Cayden grabs me to inspect the mess.
“You’re good with animals, Daddy,” he says, wanting me to diagnose this.
“It’s alright, Cayde,” I say, “He was just eating grass.”
Cayde was afraid the dog was dying, and in that 8yo way got scared that everything was soon not going to be there, like kisses good-bye in the morning.
He made me promise double-snuggles tonight. I was supposed to leave the bed once, then return to make twice the cuddles–his mandate. But I didn’t do that exactly. Just held my boys both at the same time until they fell asleep.

Jenn is half-dressed this morning, and we’re ferrying kids from room to room in the impossible task of readying everyone for school.

“Seriously, Cayde—get up. Mom has to turn in grades.”

He’s bunched into a blue blanket with a sad-face on.

“I have a stomachache.”

I don’t doubt him actually, considering the messes I’ve had to clean up this weekend. Still I know when he’s putting on the pretend.

“Get UP, Dude. You can stay in the nurse’s office or something. I hafta go to work, too.”

Finn is saying, ‘Mommy’ on repeat, Oedipus ad infinitum. I tug him into a long-sleeve because it’s raining out.

The diaper’s changed and most the uniform on before Finn squirms his way out the room, his feet little dinosaur poundings on the floor.

The kettle whistles. Cayden is suddenly dressed and wanting to explain a math problem to me in great detail. His hair’s a problem, but I need to catch a shoeless Finn who’s reaching for appliances and making a game of throw-everything.

Jenn and I meet rolled-eyes in the living room, she still just in a cardigan, jeans, and a bra; hurrying. Needs to curl her hair. The handyman will be here at nine and grades are due at 8:15. I have a shift that’ll end at dark:thirty.

This is the morning and not night, but we’re ships passing. I stop and catch Jenn by the shoulder. She turns around and spontaneously I sweep her up and off her feet. She’s light now. I can do this.

Cayde says: “Hey! Are you groom and bride or something?“, wanting in on the hug. Finn crashes into my leg wanting the same.

In which case, I simply tell Cayden, “Yes.”