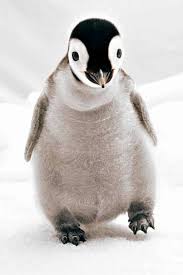 There was a night–maybe three years ago–when I had the Penguin Encounter all to myself.  This is a nice way of saying I had to work the closing shift. Closing is not always the preferred shift as it takes you away from the dinner hour and bedtime story-time with the kids.  Closing lends its particular anxiety, too, in that—once the final lock is locked—you essentially sign your name on some invisible contract declaring that the keep is safe, the animals are healthy, and that you’re free to go home.  Once in bed, you’ll worry into the night whether or not you did everything you were supposed to do or if maybe there’s a penguin, mid-Encounter, wondering when exactly his p.m. fish is going to arrive.  Are there eggs left un-turned in the incubator and–for that matter–is the incubator door even latched?  Zookeeping can be stressful.

This particular night, I was fairly new. I was new in the sense that after ten years in the Bird Department I was only recently returned to the Penguin Encounter.  For six years, I had worked with different manners of feathered things.  Flamingos, pelicans, and waterfowl: half the Audubon Guide. The Penguin Encounter, however, was where I started my aviculture career and where I was again this particular evening, tromping around in the snow else busying myself in the downstairs work areas, readying evening diets.  Outside the building, I had the Department grill dragged out of storage and perhaps illicitly lit (I wasn’t sure if I was breaking rules by barbecuing in the after-hours).  Home, however, is actualized by the act of cooking things and—seeing as Penguin was fast becoming by new home—it made sense somehow that, in between running mechanical checks of the building’s life support systems and washing herring buckets, I was also flipping a steak and rolling some asparagus on the grill for dinner.

There was a chick in the nursery, a really important one.  This is why I was here—not just this particular night—but also in general.  Suddenly I was at the Penguin Encounter when the week before I had been casting feed to the moppish and salmon-colored flock of flamingoes.  There had been personnel changes and promotions, a sudden vacuum of seniority with regard to penguin care, and I was asked—‘make a decision quick’—would I like to return to the Encounter to help raise an Emperor Penguin chick?  This is the kind of question that reminds you: work is not always pinstriped and tailored, nor a matter of cubicles and TPS reports.   Sometimes business casual requires neoprene boots, un-heeled. Lateral moves at work sometimes just mean there’s a different manner of beak to feed come Monday.

I said, ‘yes.’  In kindergarten show and tell, after all, I had held up a picture of SeaWorld’s first Emperor hatchling.  I exclaimed in huffed five-year old fashion: ‘This is my favorite animal.’

The way life works—after forgetting you wanted to be a policeman, a paleontologist, an illustrator and a professor—you sometimes return unexpectedly to your favorite things from before you were big.  In which case, for me, there was the fact of penguins.  I got a penguin job in ’99, this after walking through the Encounter’s portal of a freezer door one year prior.  I was a SeaWorld tour guide, and learning the in’s an out’s of the exhibit for presentation purposes.  I was bit in a fairly testy fashion by Lisa, a King Penguin, and then—draped in a rough-shod parka, but still freezing despite it—came the accelerated-heart-beat realization that this should rather be my office were the chance offered.  Cold air played over the snow, air handlers thrumming their particular white noise, and Lisa had decided my glove was something specific she disagreed with.  Macaronis hopped about in comedic fashion, orange feet making particular scrunching sounds in the snow, and I was sold.  Absolutely and incontrovertibly sold.

Fate doesn’t always take solid form to bite you, let alone by manner of grumpy penguin, but I got bit hard enough to have my life’s path change.  A year later, I had the job and was donning the parka on the regular.  Lisa was my keep, and—in a particular change of heart—she would station herself alongside my bucket while I passed out fish to the fray.  Deciding I was ok, she’d snark at every other keeper that came close, offering needling pokes that said, basically, ‘Stay away: my keeper.’

Penguins have their loyalties, as we do to them.

But back to that particular day, three years ago: I sat on the Penguin kitchen counter, near seven o’ clock, spearing asparagus.  I had on my red jacket and was near incredulous that I was there, by myself. The nursery glowed red, too—like my jacket—and the Emperor chick resided inside warmed by heat lamps.  My boots dripped fast-melting snow and I was staring at a poster of Antarctica I had used earlier to educate a tour about the South Pole (you can’t teach people penguins without teaching about Antarctica) and the thought in my head was, very importantly: “I’m entrusted with this.”  375 penguins upstairs in the Encounter and that was my responsibility.  Also the Emperor kid, downstairs and in the nursery, and everything she meant at that moment.

Having cast my dishes into the sink and having washed my hands, I shouted my good nights to the penguins from the exhibit entryway.  I pulled the door shut and made my way to the nursery.

An Emperor chick, mind you, is the most adorable of babies: a black and white head beaded with widened eyes and a polite beak.  When young, the flippers are insignificant, the belly taut and something stuffie-like, replete with a seam that runs down to the over-sized feet. This day: I said my hellos to the chick (I would be here for five more hours making sure she was ok) and, because it was still the seven o’ clock hour, I took out my phone.  The baby’s food was warm, drawn up in a syringe, and while I scratched the chick’s back, awakening her into a sudden trilling of open-beaked entreaties, I got my three year-old kid on the phone.

“Can I say good-night to the penguin?” my son asked.

The chick whistled its five distinct notes which, happily, my son heard because I had set the phone down on the chick’s towels for a second; the chick was taking sup from the syringe and, when not occasionally shaking her head and exaggeratedly swallowing, the chick would whistle again and my kid would laugh, a crystalline thing I could hear from my phone set among towels in this Penguin Encounter, this new and otherwise entrusting home.